More than half of the retailers in city centres are reporting declining and unsatisfactory footfall. Traffic congestion keeps many customers from driving into the centre of town to go shopping. The German Retail Association (HDE) has, therefore, drawn up an 11-point plan entitled "Good policy for attractive city centres", which includes political support measures to prevent traffic congestion. The association envisages, for example, managing road traffic at peak times through traffic signal optimisation, but is also considering the easier authorisation of night-time deliveries. Moreover, city hubs are seen as a suitable way to better distribute the flow of goods in highly dense urban areas.

Hopes are being pinned on the cargo bike

The new ray of hope for inner-city goods logistics is the cargo bike. For years now, pilot projects have been carried out and experience gained in the big cities. The upshot so far has been so positive that just last year the German Federal Minister of Transport, Andreas Scheuer, estimated that cargo bikes could potentially delivery 20% of all goods. This could replace every fifth delivery lorry on average, thus reducing the misery of people who drive into town to shop or stroll. After all, in order to enjoy the physical experience of high-street retailers, where you can actually touch and feel the products, the shops also have to be within easy reach in actual practice. After all, as a rule of thumb, freight traffic accounts for just 20% to 30% of all urban traffic, but is responsible for roughly 80% of inner-city traffic jams during peak hours.

The electric cargo bike has a limited range and can carry comparatively small loads by weight. But in districts with a high density of recipients in particular, this only plays a minor role. Combined with mobile or even stationary so-called “micro-depots“ of the courier, express and parcel sector, this logistics concept could be applied very well.

Tailwind for the cargo bike

The use of cargo bikes for last-mile delivery is environmentally friendly, because they replace journeys made with conventional delivery vehicles. The upshot for the climate policy goal of reducing CO2 emissions is even better if the battery of the e-cargo bikes is charged with green electricity. The Berlin model project KoMoDo in the Prenzlauer Berg district of the city has estimated savings of around 11 tons of CO2 compared to conventional delivery vehicles.

Professor Ralf Bogdanski from Nuremberg Technical University, one of the experts behind the drive for sustainable urban logistics, says the cargo bike fulfils three aspects: "Economic efficiency for companies, ecological compatibility for the environment and social sustainability for drivers." Contrary to some public opinion, however, Bogdanski is convinced that, although commercial traffic could be reduced, it would ultimately be a matter of "unavoidable traffic". All the same, he sees the potential of e-cargo bikes as being "30% of the urban freight volume".

However, so that retailers can get their writing instruments, ties or kitchen appliances on time by cargo bike, micro-depots are required. They are places where not only goods can be temporarily stored for last-mile delivery, but where electric cargo bikes can also be loaded and parked overnight. The tricky part is that, in densely populated business districts, the space required is limited and often too expensive for a logistics company. This is why a sufficient number of micro-depots can only be set up with retailer initiatives and planning support from local authorities. The disadvantage of mobile depots in the form of containers or parked lorries is that they also take up scarce inner-city parking space.

Cargo bikes have to be developed further for the fleets of e-cargo bikes that will be required, and the rapid supply of spare parts has to be ensured. The bikes should be designed for continuous operation with loads of up to 300 kg or 400 kg and equipped with a standard – preferably pallet-sized – for swap bodies. In addition, inner-city cycle path networks should be adapted accordingly. With a cargo bike width of one metre, things might otherwise get a bit tight – especially if several cargo bikes are on the road and parents with children in a trailer also cross their path.

Road traffic regulations should best be made sustainable with a new class of vehicle. As regards the performance of electric drives, the industry is in a legal grey area in some cases with throttled engines.

Visitors to towns and cities seem to appreciate the advance of the e-cargo bike. Drivers from various delivery companies speak of curious passers-by who welcome the new form of parcel delivery.

Thomas Tjiang is business and local journalist and communication consultant. Since the start of the 1990s, he has worked for all types of media. The freelance expert for literature and communication science has lived in Nuremberg for 30 years.

Would you like to learn more about the stationery industry? 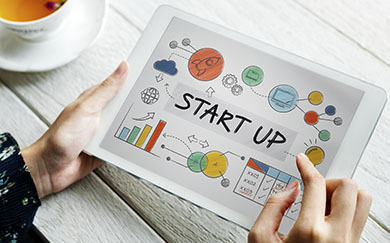 5 tips on what businesses can learn from start-ups

Start-ups are adventurers that snatch potential sales from competitors and evoke in the same time desires that may have gone astray in day-to-day... Read more 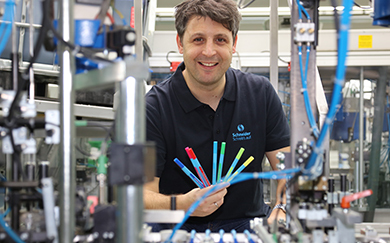 Sustainability in the stationery industry – an interview with Schneider Schreibgeräte GmbH

In the interview Christian Schneider tells us more about how Schneider Schreibgeräte espouses sustainability within the company. Read more 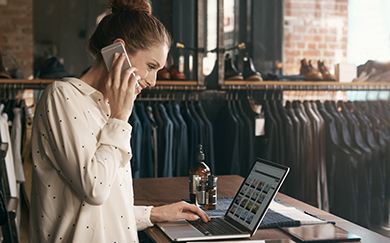 Digital services to endure in times of the corona crisis

The corona pandemic presents a great challenge for the stationery sector. Digital service offerings can help get through these troubling times. Read more