Focus on the last mile to the customer

In recent years, purchasing items by ordering them rather than going to an actual shop has experienced a real boom. In fact, 3.52 billion courier, express and parcel (CEP) shipments were delivered in 2018. On average, nearly 12 million items were delivered to up to 7 million recipients on every delivery day in Germany. While the total number of items increased by 4.9%, the sub-sector for parcels to end customers grew disproportionately by 7.4% more B2C items.

Driven in particular by online buyers, the industry association Bundesverband Internationaler Express- und Kurierdienste (BIEK) predicts that the number of shipments will increase by almost one billion to reach 4.43 billion per year by 2023.

This makes delivery to the consumer's front door – the so-called "last mile" – a particular challenge. Congested roads, a lack of loading zones and overloaded capacities make delivery a major challenge. At the same time, the accessibility of the consignee is an additional problem. Unlike in adverts, no customer waits at home all day so they can then scream with joy.

High tech for the last mile

Against this backdrop, parcel companies and scientists are working on new solutions. In Germany, experts don't believe that drones will be able to deliver parcels by air any time soon, since the legal hurdles – particularly in urban areas – are simply too high. This is in contrast to China, for example, where a DHL parcel copter is already commercially flying between two companies in Guangzhou; the flight route is eight kilometres long.

In the USA, Ford and Agility Robotics want to get involved in parcel logistics by taking a new approach. In a pilot project, they are investigating autonomous goods delivery. The two-legged Digit robot pops out of the autonomous van at the boundary of the property and independently takes the parcel, weighing up to 20 kilograms, up stairs and across uneven terrain to the front door.

In general, consistent digitalisation could help to manage capacities and employees more effectively. So-called predictive analysis forecasts the future freight volume from huge amounts of data, such as past volumes, ordering behaviour depending on the season and weather, and many more data.

Concepts to bundle the delivery services of several parcel service providers for certain areas are now regarded as debunked. Compared to the effort involved, the van volume can only be reduced comparatively slightly – by about 10%, as was at least confirmed by the study published by BIEK entitled "Quantitative investigation of consolidated delivery over the last mile using the example of two CEP companies in the cities of Nuremberg and Munich".

In contrast, however, the micro-depot concept – which has already proven its suitability for everyday use in Hamburg ("Hamburg model") or Nuremberg – is regarded as promising for the future. The parcels are distributed from delivered or filled containers by freight bicycle. In order to make the manual consignment handover more efficient, delivery to an address could be dynamically arranged by the recipient. The original idea, by the way, goes back to an initiative of Hamburg city centre retailers.

The last mile as a competitive advantage for retailers

The retailers' venture is not a mere matter of chance. Ever more chain stores, for example, are offering a cross-channel concept that allows customers to order goods online and pick up their parcels offline at the nearest branch. This way, online customers can also be lured to the store to potentially make even more purchases.

In contrast, models that let customers have goods delivered to their homes or workplaces after they've been shopping on the high street are still in their infancy. Everyone is familiar with this convenience that is normal with goods such as washing machines or furniture. For office and writing utensil retailers as well as clothes stores, however, this service – unlike food deliveries – is still new territory, using, for example, local bicycle couriers.

What is also conceivable is a smartphone app that acts as a service for local dealers, along the lines of the model of a car-sharing agency. Neighbours or colleagues who are physically close to the retailer could take the purchase with them and hand it over to the recipient. They might even get a small financial reward for doing this.
Retailers who supplement their business model with sustainable urban logistics options have better opportunities to score points with their customers.

Thomas Tjiang is business and local journalist and communication consultant. Since the start of the 1990s, he has worked for all types of media, such as daily and monthly press, the radio, TV, news agencies and on-line editorial offices. The freelance expert for literature and communication science has lived in Nuremberg for 30 years.

Would you like to learn more about Visual Merchandising? 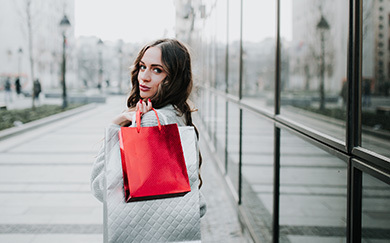 Stefan Suchanek looks ahead: Retail is the future. It’s tradition. If all of the oh-so modern and mathematical forecasts are to be believed, then... 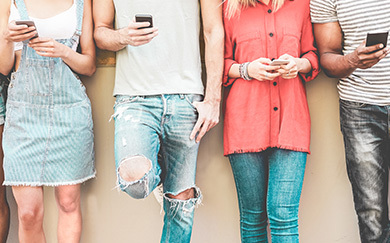 Generation Z poses new challenges for retailers. The OC&C study presents the preferences and characteristics of consumers born after 1998.