Comfort and hygiene: contactless payment systems push their way into the market

Protective measures against the coronavirus are particularly important in retail. After all, shops selling basic supplies are the only places besides workplaces that people in many countries are even meant to visit right now. Everywhere you go, signs at the till request customers to make cashless payments. Contactless payment methods are a form of protection against infection. Even before the coronavirus pandemic, though, an increasing number of payment systems were already elbowing their way onto the market.

Next year, vigilant observers will be able to spot the new sponsor of the postponed European football championships, Alipay. The payments subsidiary of the Chinese marketplace Alibaba wants to become better known in Germany and the rest of Europe. So far, shop owners have been politely holding off, not least because the payment method isn’t cheap for them to use. It is only in the German duty free business that Chinese customers apparently already account for 40 percent of total sales.

Alipay is, however, not just another method of paying by smartphone. Admittedly, only Chinese customers with an Alipay account can make use of this option but, in recent times, no fewer than 1.6 million Chinese people have made pilgrimage to Germany’s tourist attractions and have happily spent around EUR 3,000 per capita on shopping. Once the battle against the coronavirus has been won, which is currently putting a damper on tourism, wanderlust in the land of the Terracotta Army is expected to grow. The advantage for business is that those who accept Alipay can prepare themselves for more customers and sales. The app shows the more than 450 million Chinese customers where the payment method is accepted.

Cashless payment on the rise throughout Europe

Whether retailers expect more business from using Alipay or not, cashless payment methods are on the rise. Within Europe, the Scandinavian countries in particular are moving forward with it at a considerable pace. Tourists notice this too when they try to hand over EUR 3.50 in cash at the counter of a bakery in Copenhagen only to have a bewildered-looking salesperson draw their attention to the “no cash” sign.

Contactless payment is becoming the norm in Germany

Contactless payment using so-called NFC (near field communication) technology has become an everyday occurrence at German shop counters. According to a survey carried out by the German Federal Bank, around a third of customers make contactless payment using debit or credit cards. At the same time, fewer than one in two has a card equipped with this function.

In-store payment by smartphone has also already bid farewell to niche status. Admittedly, there is still a giant gap between knowledge of and use of this form of mobile payment but, nevertheless, 12 percent of customers are reaching for their mobile phones to settle the bill using Payback Pay. Mobile payment methods from the savings and cooperatives banks are hot on its heels. US giants like Google and Apple are also crowding into the payment market but, for the time being, are only being used by five and four percent respectively. Alipay and Blucode only account for one percent in the survey.

Even if some retailers view these developments with scepticism, turning a deaf ear is no solution. A study by ECC Köln (E-Commerce Center Retail) and Concardis, a leading provider of digital payment solutions, revealed that 53 percent of small and medium-sized retail enterprises in Germany record contactless payments as having a positive influence on sales. Both receipts and the number of shopping baskets increased through contactless payments – i.e. there were more sales, and sales were more frequent.

As a result, the large retailers are now hurrying to get on board when it comes to innovative payment solutions. The EHI Retail Institute e.V. identified that nearly 50 percent are wanting to modernise their payment infrastructure within the short and medium term.

Caution regarding your own webshop

For high-street retailers with their own online shop, online payments are normal. Nevertheless, they must also take care to be up-to-date in terms of security. An analysis of the top 100 webshops revealed a number of spectacular flaws in the payment process. Retailers must also take note that levying additional fees on consumers for payments by card, bank transfer or direct debit is not permitted.

Retailers consider four principles when looking at payment options: security, cost, speed and investment security. In terms of speed, cash is quicker. On average, it takes 22 seconds to complete a cash transaction but 29 seconds for payment by chip and pin. However, this data takes neither the speed of contactless payments nor mobile payment into account.

For a clean calculation, the additional costs must be considered. These include behind-the-scenes work, such as costs for cash couriers and cash floats. For newer payment procedures, there are additional costs for terminals and transaction fees for credit card companies and payment apps. Retailers have to decide whether to rent or buy multifunctional terminals. Purchasing them appears cheaper at first glance but terminals generally need replacing after four or five years, so the calculation needs to be carried out carefully.

Thomas Tjiang is business and local journalist and communication consultant. Since the start of the  1990s,  he  has  worked  for  all  types  of  media,  such  as  daily  and  monthly press, the radio, TV, news agencies and on-line editorial offices. The freelance expert for literature and communication science has lived in Nuremberg for 30 years.

Would you like to learn more about the stationery industry? 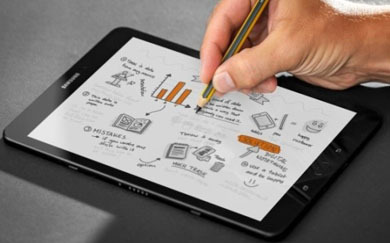 The stationery market is becoming ever more digital

From digital pens to digital implements that help children to write – it remains exciting to see where the journey of the stationery sector is... Read more 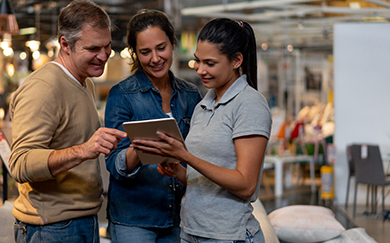 The path to smart specialist retail

The continued digitalisation of trade poses new challenges for smaller enterprises, what they can do to face the booming online retail sector. Read more 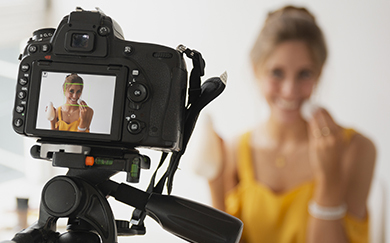 Influencer marketing to push your sales

Their powerful presence and high standing on social media platforms makes influencers – right behind friends and customer reviews – the most credible... Read more